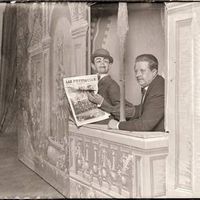 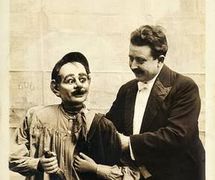 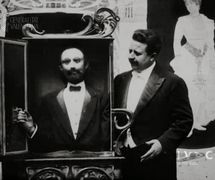 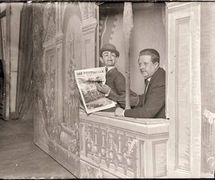 Spanish ventriloquist and puppeteer. He was very popular in the first half of the 20th century and known for his magnificent automata collection. Francisco Sanz Baldoví

began his artistic career in Valencia as a zarzuela singer, guitarist, concert performer, and monologue speaker (monologuista). However, he was so impressed by a performance of the ventriloquist, Marthen, that he decided to make this art his profession. He had an uncommon voice, and began pulling together his initial set of puppets and making his first automata. His first performance took place in 1902, in Gandia, near Valencia, with monologues and musical numbers. Several subsequent shows in Barcelona proved very popular with the public.

Then followed a series of tours throughout Spain during which Paco Sanz refined his technique, constantly renewing the staging and perfecting his automata. The machinist technician, Lorenzo Mataix, provided invaluable assistance in refining the puppets’ facial features and mechanisms. They were so cleverly constructed and operated they appeared to be living beings. Meanwhile, decorative work by the Alós dynasty of Valencian designers lent these fabulous machines compelling aesthetic value.

Throughout the 1920s and 1930s, Paco Sanz was famous throughout Spain, particularly in Valencia and Alicante. When his reputation spread to Latin America he made several tours there. Eventually the “Compañía automecánica” of Paco Sanz became a splendid collection of twenty-five automata.

The most popular characters were Frey Volt (Brother Volt), the children Pepito and Juanito, la bailarina (the Dancer/Ballerina), el borracho (the Drunkard), el loro mecánico (the Mechanical Parrot), Cotufillo and his master, el viejo (the Old Man/the Old Geezer), the Negro, the Romantic Lady, the Sergeant, the Legionnaire, and especially the director and star, Don Liborio. This last puppet was well-known for his humorous dialogues and news commentary, which also caused a few problems for the artist with the censors.

During the Spanish Civil War, the ventriloquist fled to Paris where he performed in dance-halls and at party venues. At the end of the war he returned to Valencia and died a few months later.