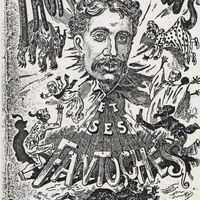 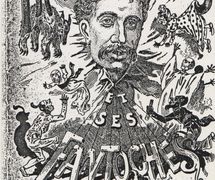 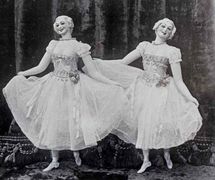 In the autumn of 1873 Thomas Holden left for America with the Bullock’s Royal Marionettes which he soon left to form a separate group under the management of American entrepreneurs McDonough and Earnshaw, in competition with Bullock. They opened in Philadelphia in March 1874 and moved on to cities further west such as Cincinnati and San Francisco. During 1875 Holden returned to England with his own company, claiming to have toured the United States with unparalleled success. In August 1876 Bullock brought an action against him for breach of contract and was awarded £200 damages.

In 1875, Thomas Holden and his Imperial Marionettes enjoyed their first London success with Beauty and the Beast. He then toured northern Europe before returning to London with Jack the Giant Killer.

The years 1879 and 1880 were profitable for Holden, performing in Paris and other large French towns.

In 1881 he visited Vienna before touring Poland and Romania. During the next two years his company performed in Moscow, Constantinople, Odessa and Saint Petersburg, where he gave fifteen performances for the Russian nobility, two of them commanded by the Tsar and Tsarina.

The company travelled back through Germany, Romania, Greece and Italy, then to France, from where he left for South America in 1887. He performed in Argentina, Brazil and, notably, Montevideo, Uruguay.

According to the daughter of Thomas Holden, he retired at the age of 40, but it is more likely that he prolonged his career for some years more. He died at the age of 84.

Thomas Holden possessed a lively intelligence, and had a gift for publicity, reflected in the colourful and detailed posters for his shows. He performed before most of the crowned heads of Europe and is remembered as a king among string marionettists.