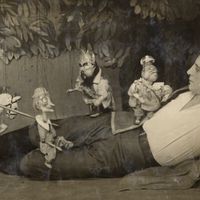 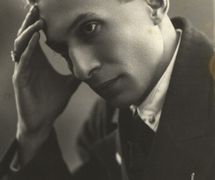 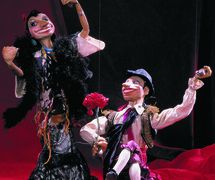 Russian actor and director, a member of the first generation of puppeteers who laid down the foundation for the professional puppet theatre in Russia. Many puppetry innovations are associated with his name: his 1920s-1930s productions based on the world classics (Anton Chekhov’s The Wedding, Nikolai Gogol’s The Tale of How Ivan Ivanovich Quarreled with Ivan Nikiforovich, Jonathan Swift’s Gulliver’s Travels, William Shakespeare’s The Merry Wives of Windsor … ), as well as Europe’s first puppet feature film, Max and Moritz (1928) by Wilhelm Busch, the first training courses for puppet theatre directors and actors (1927), and the first articles and books on puppetry theory and practices. It was not for nothing that, in 1934, Evgeni Demmeni was the first puppeteer to be awarded the title of the Merited Artist of the Russian Federation.

A career officer by education, Evgeni Demmeni made his acting debut after being demobilized in April 1918 at the Petrograd Narodny Dom (Public Theatre, lit. People’s House). In 1924, he set up his own puppet company at the Petrogradsky teatr junogo zritelya (Petrograd Theatre for Young Audiences), initially known as Guignol. It was renamed The Petrushka Theatre in 1925. In 1930, Demmeni, a dedicated Petrushka follower, gave his attention to string puppets as well. Since 1994, the official name of his theatre is the Teatr marionetok imeni E.S. Demmeni (Saint Petersburg Demmeni Marionette Theatre).

From 1930, Evgeni Demmeni performed his own compositions – satires, parodies, and dance numbers – with glove puppets. At the 1st All-Russian Puppet Conference in 1930, Demmeni’s theatre was acknowledged as the only Soviet theatre characterized by its innovative approach to the traditional forms of the puppet show.

Evgeni Demmeni was a prolific writer on puppetry. His most well-known book is Prizvaniye – Kukolnik (Puppetry, My Calling, 1986).