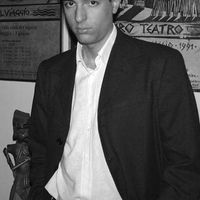 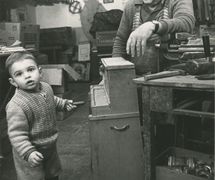 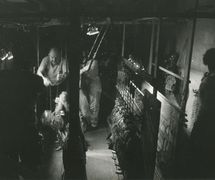 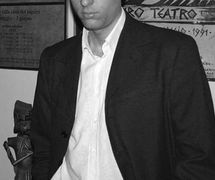 Italian puppeteer from Palermo. From his earliest years Giacomo Cuticchio was attracted by the pupi theatre. He frequented the Greco brothers’ theatre and became the pupil of Achille Greco. At the age of fourteen he opened his own theatre. The war years were difficult, as were those immediately following, when he went from town to town in Sicily with his theatre and his wife Pina Patti. Pina was always with her husband and helping him. In the mid-1960s, she began her own career as a painter taking her inspiration from the opera dei pupi and joyfully executing both paintings and figures filled with fantasy.

In 1961, Giacomo Cuticchio opened a theatre in Palermo near the Via Schiavuzzo, followed by various changes of address in Palermo, the la Kalsa theatre on the Foro Italico, theatres on the Piazza San Cosimo and the Via Orologio, and finally one in the Vicolo Ragusi which, since 1985, has been directed by his wife and his son Nino.

Giacomo Cuticchio presented many shows both in Italy and abroad. In 1973, he set up a theatre in Pannunzio’s Cellar Bookshop 73 on the Boulevard Saint-Michel in Paris. After a season he returned to Palermo, leaving his son Mimmo to continue the shows.

Giacomo Cuticchio was a true master and leader. His first student was his younger brother Girolamo (b.1933), who worked with him until he opened his own theatre at the age of fifteen. In 2005, Girolamo was working in Cefalù with his sons.

Nearly all the family of Giacomo and Pina have trodden the boards of the pupi theatre: Rosa, Guido, Anna who for a number of years ran the Bradamante theatre (Via Lombardia); and Mimmo, known for his numerous tours and innovations as a puparo (see Mimmo Cuticchio).