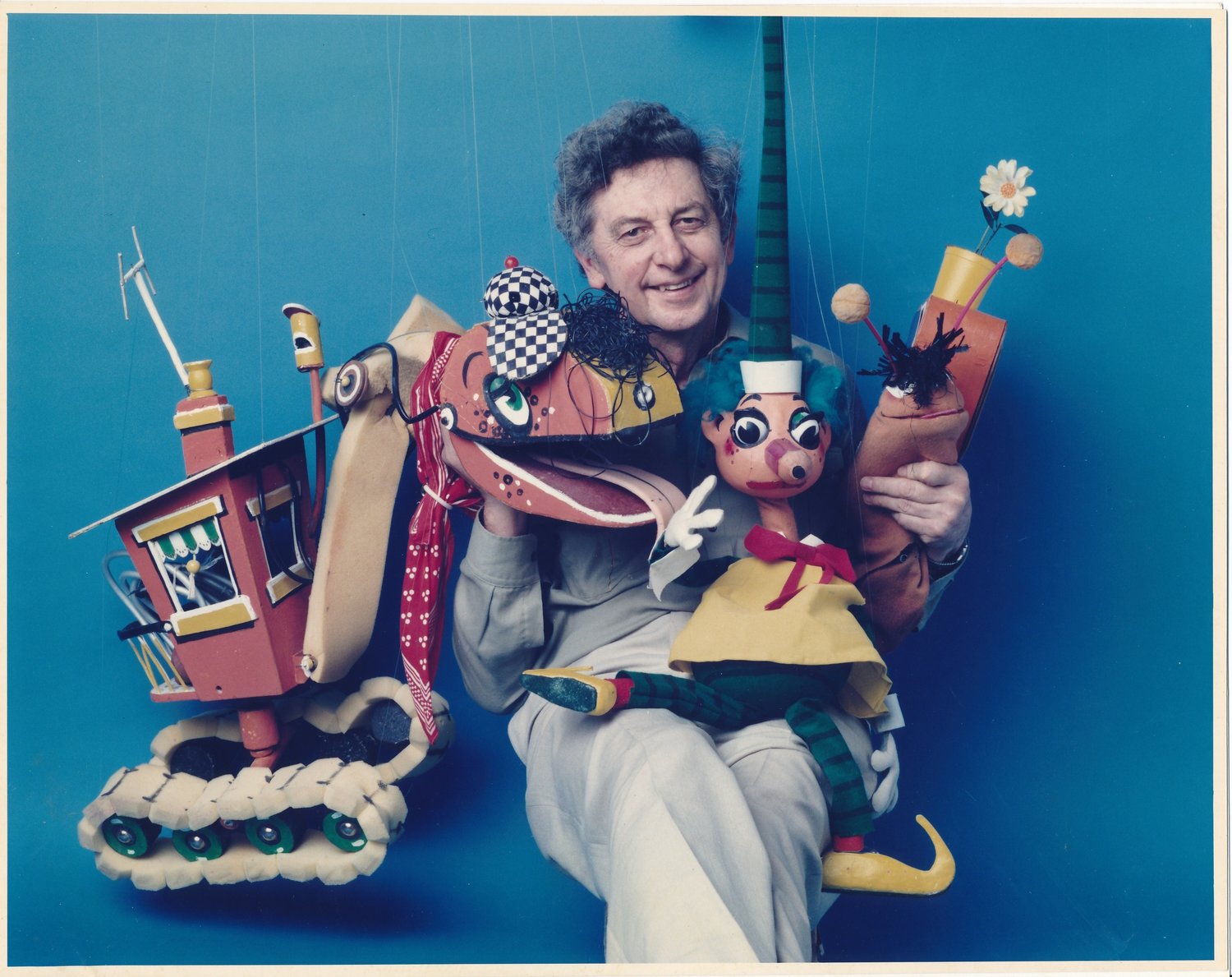 Australian puppeteer and cartoonist, highly respected in both art forms. During World War II, Norman Hetherington served in an Army Entertainment Unit in Australia, New Guinea and nearby islands. Here he developed a popular “lightning sketch” act. From the end of the War until 1961, he was a cartoonist for The Bulletin, a leading Australian journal. Meanwhile he became interested in making and performing puppets, mainly marionettes, and was briefly with Edith Murray’s Clovelly Puppet Theatre in 1952 to gain early experience. Hetherington’s marionettes reflected the bold, flowing style of his cartoons. Ordinary household articles were often cleverly incorporated into his figures and some figures were capable of surprising transformations. He performed in theatres and department stores during school holidays.

Television arrived in Australia in 1956, and Hetherington was soon presenting programmes on both public and commercial stations. His most successful puppet was Mr Squiggle, which regularly appeared nationally on ABC TV for 42 years from 1959 to 2001. Mr Squiggle was a marionette that was able to draw with his pencil-like nose. He had a tall pointed hat, which disguised a rod from his head up to the control. Children would post in “squiggles” on a piece of paper and Mr Squiggle would transform them into recognizable shapes, which would often then be changed into something else with a few deft strokes. Mr Squiggle appeared with a human presenter, to whom he was extremely polite, and the last of these was Hetherington’s daughter, Rebecca. Mr Squiggle has been Australia’s best-known puppet; mentioned in Parliament and featured on a postage stamp.

Margaret Hetherington, his wife, wrote scripts for the television characters which also include Bill Steamshovel, and Gus, a snail with a TV set on its shell. She also helped in writing Puppets of Australia (1974), a survey funded by the Australian Council for the Arts, and together they wrote a booklet, Hand Shadows (1988). They also created a long-running dental health puppet show for schools (1968-85).

Hetherington designed three shows for the Marionette Theatre of Australia and a play by Federico García Lorca for a group at the University of Sydney.

Norman Hetherington was founding President of UNIMA Australia from 1970 to 1984 and received the OAM (Medal of the Order of Australia) in 1990. At the 2008 UNIMA Congress in Perth, Western Australia he was made a Member of Honour.