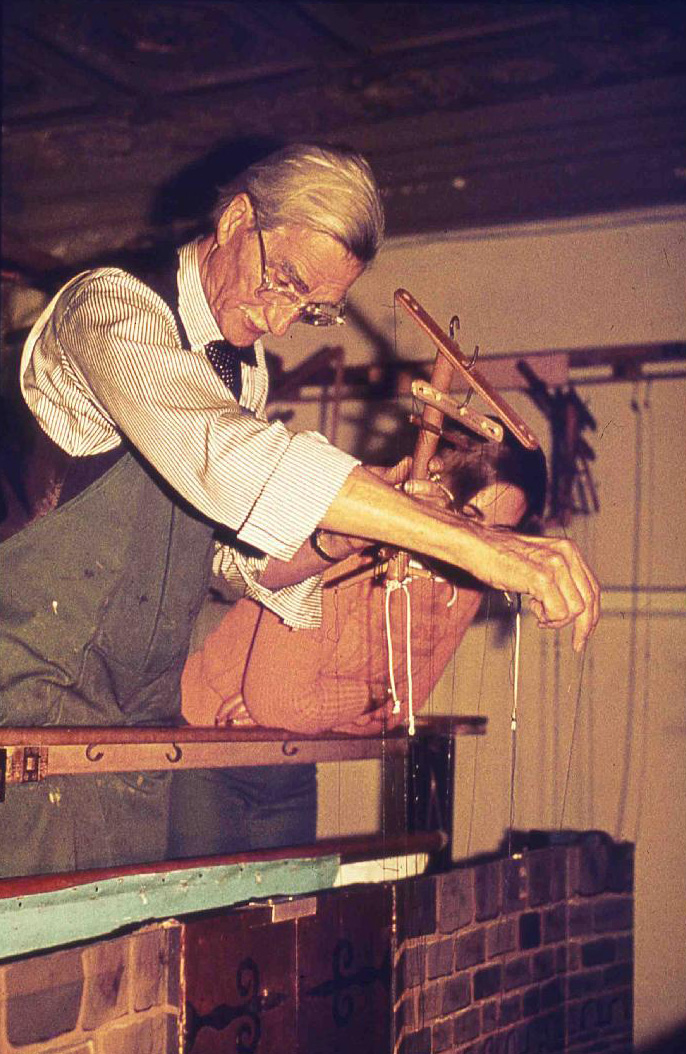 Spanish puppeteer. The son of English parents, Harry Tozer was attracted to the world of puppets when he was ten years old and discovered the characters of Punch and Judy. Settling in Barcelona in 1925, he made his first puppet in 1934. Ten years later, he founded his company, Marionetas de Barcelona, which produced a series of string puppet shows until 1957. Several generations of puppeteers hail from his studio including Pepe Otal, Teresa Travieso, Jordi Bertrán, and Ferran Gómez. His puppets, themselves, were rediscovered in 1973 by the Institut del Teatre (Theatre Institute) of Barcelona where Tozer was lecturing.

He received numerous awards including the Sebastià Gasch Prize of Honour in 1987 and the Cross of Sant Jordi from the Generalitat de Catalunya (Government of Catalonia). UNIMA Internationale recognized him as a Member of Honour in recognition of his work and talent.

He used to say his attraction to puppets came from his love of model trains and the written word. His fondness for handcrafts led him to the string puppet, and the articles he published on it in the American Journal, Puppetry Yearbook, established his international reputation. He also studied the so-called “Títere Catalán” (Catalan puppet) – Putxinel·li – which became known to international audiences. During the Spanish Civil War, he performed puppet shows from his dining room window to refugees from Barceloneta.

Despite his reputation and mastery of puppetry, he never wanted to turn professional, fully aware of the vagaries and constraints inherent in the business. Sceptical and pessimistic, endowed with a very British sense of humour, he always admired the innocent audacity of puppeteers who in their performance “knowing absolutely nothing, venture where even angels fear to tread, and come out victorious in the end”.