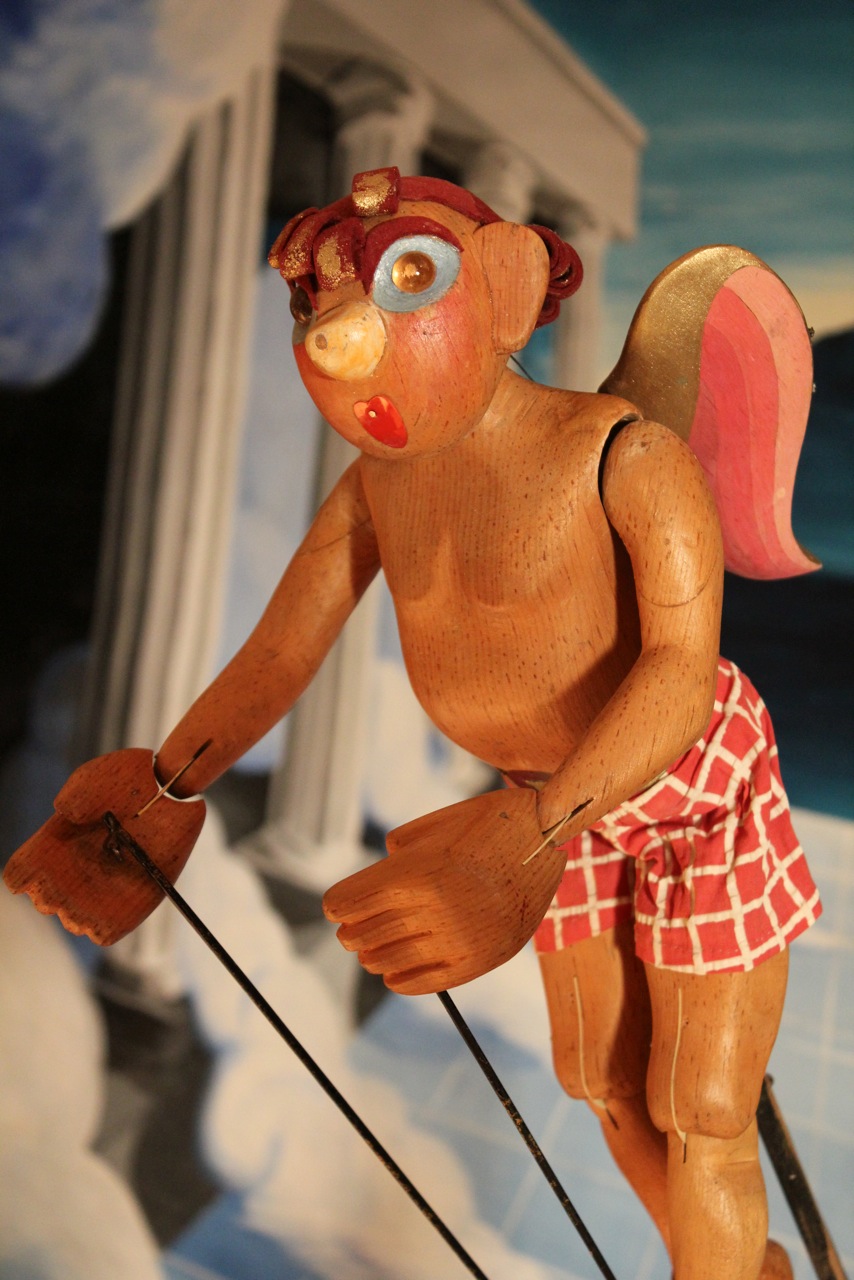 American puppeteer, teacher and author. Marjorie Batchelder developed an interest in puppetry while teaching art at a women’s college in Florida in 1928. Her friendship with Paul McPharlin (1904-1948) began in 1930. Shortly thereafter she moved north to teach art at Ohio State University in Columbus, and she regularly “dashed up to Detroit” to see McPharlin’s latest productions. Although Marjorie Batchelder did not become Mrs Paul McPharlin until 1947, just a few months before Paul’s untimely death of a brain tumor, they enjoyed an 18-year partnership based on a mutual devotion to puppetry and to each other – we might fairly call it love. Their contributions to the art were somewhat independent but ran on parallel tracks.

At first Marjorie Batchelder worked with marionettes (string puppets), earning a Master of Arts at Ohio State with her marionette production of Aristophanes’ The Birds (1934). In 1934, rod puppets were almost unknown in America. One of the books that Paul McPharlin published was the English translation of Adventures of a Russian Puppet Theatre by Nina Simonovitch-Efimova. Batchelder was intrigued and inspired by Simonovitch-Efimova’s use of rod puppets, and from then on devoted much of her effort and study to this form. She and her students built two productions using hand (glove puppets) and rod puppets – Columbine’s Birthday and St. George and the Dragon – presented at the 1936 Puppetry Conference. Perhaps her best-known rod puppet production was The Death of Tintagiles of Maurice Maeterlinck.

In 1942, Marjorie Batchelder received a PhD at Ohio State and her dissertation was published as Rod-Puppets and the Human Theatre (1947). She collaborated with Ohio puppeteer, Vivian Michael, on Hand-and-Rod Puppets (1947). Batchelder’s work introducing this form of puppetry to the United States is one of her most important contributions.

With Paul McPharlin, Marjorie Batchelder was one of the founders of the Puppeteers of America in 1937, and served as its president in 1939. The membership wanted more frequent communication than the annual publication of the International Yearbook of Puppets. A newsletter, The Grapevine Telegraph, was established. Marjorie Batchelder became the editor in 1943 when McPharlin was in the military, and she continued as editor until 1947.

At the request of the Army Special Services, Marjorie Batchelder was asked to write a book with the idea that puppetry could be a therapeutic activity for soldiers recovering from injuries. The text was a comprehensive guide to puppetry, published in 1947 as The Puppet Theatre Handbook.

Paul McPharlin died in 1948 before his main work, The Puppet Theatre in America, published posthumously in 1949, became widely available. Marjorie saw it through, and, in 1969, the book was reissued with a new section updating American puppetry activity in the 20 years that had passed.

In 1952, Marjorie Batchelder moved to Santa Fe, New Mexico, teaching at the University of New Mexico and New Mexico Highlands University. She continued to promote and elevate puppetry by writing, travelling internationally. She attended the first UNIMA festival in Bucharest in 1958 and, in 1963, she received a Fulbright grant to teach puppetry in India.